Hello amigos! In 2019 I went to Rock in RiOooh and the next one is going to be in 2021! Then, I decided to tell you my experience and all the tips I've learned while there to help you plan. What do you think?

Well, because of all this virus problems we're having right now I don't know if somethings are going to change, maybe the organization will adopt new sanitary security measures. I searched about it but I couldn't find any information. In the future if I find something I will update you, OK?

It all begins with planning! In 2019 the festival happened in the last weekend of September and the first weekend of October. But the tickets started being sold in April. I paid R$ 300,50 for my ticket. This is half of the price, back then I was a student and since I had the official Brazilian student document I could have a discount.

If you are also a Brazilian student you can pay only half, but keep in mind that you MUST have the official student document with you to enter.

In total there were 7 days of festival, 3 on the first week and 4 on the second. I chose the heavy metal day to go to the festival and this was the first day to sold out! I bought the ticket as soon as the website opened to do that.

Once you have the ticket it's time to start planning where to stay and how to go to Rio de Janeiro. The sooner you do this, the better, because you will be able find the best prices. I didn't do that, so I bought a plane ticket and booked a hostel one month before the festival.

I had a reason to do this, but mainly for the plane ticket. I think I paid a LOT, R$ 900,93 leaving from Florianópolis. And it was also very difficult to find a cheap and good place to stay, every place was completely booked. I wanted to stay in a neighborhood near the festival, after searching a lot I found a place.

If you want to know where I stayed you can check this post here: Planning a Trip to Rio de Janeiro. 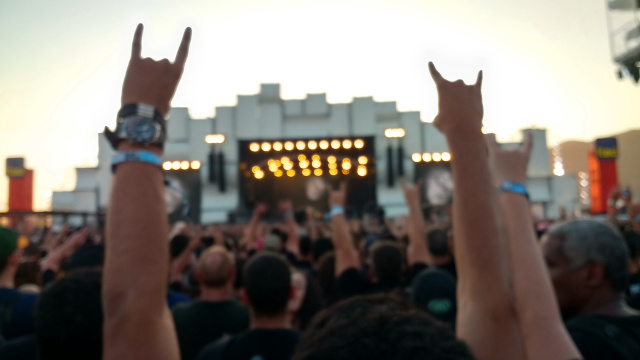 As you can imagine, anything you want to buy inside the festival is going to be expensive. So it's nice to be prepared. They allow going in festival grounds with water bottles without the cap and also with some snacks.

We made some cheese sandwiches to take with us in a small purse. That was an excellent idea! There are a lot of restrictions about what you can bring with you inside the park. So check everything on the official Rock in RiOooh website, otherwise security will throw it in a bin at the entrance.

I also recommend to carry a small and light bag, because you're going to stand for long hours. Also wear comfy shoes. And make a list of the items you need to bring with you, so you won't forget anything.


GOING TO THE FESTIVAL

We decided to go by bus from the hostel to the festival, because we heard that traffic would be terrible in the region on the day. There was a bus called BRT that only stopped on terminals and had Rock in Rio as the final destination, so it was faster than other buses.

We went to the bus terminal walking, because it was near the hostel we were staying in Barra da Tijuca. This was around 01:30 PM and the place was CROWDED. People selling water and other beverages were screaming, many, many people trying to get inside a bus. It was CRAZY. This wasn't a good experience for me, I felt kind of sick.

We got in the bus which was more than FULL. I stood in the middle of so many people that I couldn't even find a bar on the bus to hold. It was terrible, it was hot, I was squeezed. I even got a little bit mad and I almost let this ruin my day. After what seemed like hours inside that terrible bus, but was just a few minutes, we arrived at the festival. 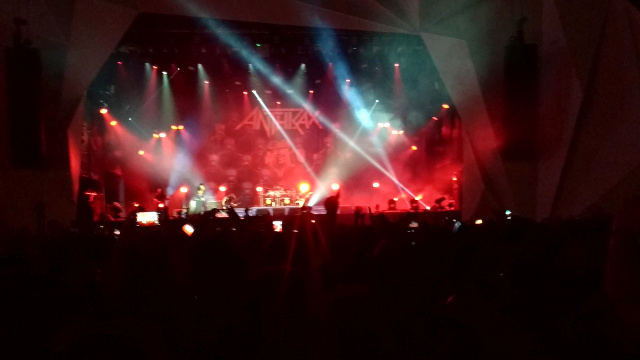 FINALLY! But not exactly. Once you leave the bus you have to walk a considerable path with LOTS of people screaming and trying to sell you all types of things like water and t-shirts. Then you pass through some security where only who has a ticket can.

But it ain't over yet. After this first security is where the line to get inside the festival began. It was VERY unorganized and under the sun. At least there was a small stage with a band playing some songs.

When I got inside I was already tired! But I got more excited because I was in! UHUUL. Rock in RiOooh has an amazing vibe and when I walked by the sign with the name I was thrilled.

Inside the park there are bathrooms and water fountains where you can fill your bottles for free. But get ready because the lines to the water fountains were incredibly long. Of course you could buy beverages, snacks and food there, but as expected they were expensive.

Last year the organization released the prices of some of the things they would be selling inside the event. So, before going I could have an idea of how much I would spend there. My advice is for you to check this info next year!

The festival is HUGE!! There are MANY things to do, besides watching the bands. Fernando wanted to see ALL the bands on the main and second stages. So we basically walked from one to the other the whole day.

But there was a third stage where smaller bands were playing, more than one food court, some activities like a zip line, a roller coaster and a climbing wall. There was also a part of the park where DJ's were playing electronic music. And that's what I saw. But I think that there were many, many other things.

Rock in RiOooh is really something to remember, it was exhausting seeing so many bands and I even slept a little bit on the grass! Hahahaha! But it was amazing!!

Now, tell me on the comments! Do you have plans to go to the next Rock in RiOooh?