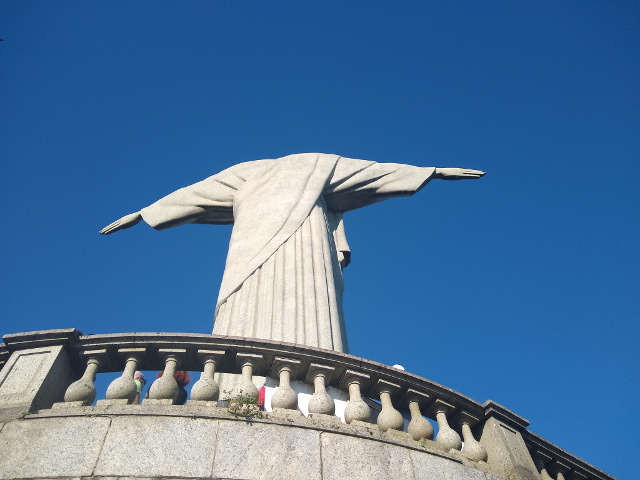 Every trip starts with planning, right? I LOVE planning all the details of my trips, because when I do this I already feel like I'm traveling. So, I want to give you an overview of all this planning of my trip to Rio de Janeiro.

I went to Rio de Janeiro for a very specific reason, called Rock in Rio (Oooh, Oooh, Oooh Rock in RiOooh)! This was in October 2019. So, the first thing I did was to buy the ticket! Then, the next step would be buy a plane ticket and book a hostel or hotel.

I started looking for a ticket two months before the trip, BUT it was VERY expensive. I didn't know what to do, for a moment I thought that I wouldn't go to Rock in Rio. But then everyday I checked all the websites, till one day it was cheaper than ever and I bought the plane ticket.

But I had some criteria to buy the ticket. I would stay in Rio four days, from Thursday to Sunday. I left from Florianópolis and it was an one and a half hour flight. So I wanted to arrive as early as possible in Rio on Thursday and leave as late as possible on Sunday. This way I could have more time in the city!

The plane I got left from Florianópolis to Rio 06:15 am on Thursday and then on Sunday it left 09:35 pm from Rio to Florianópolis! Perfect, right? In total we spent R$ 1801,86 with plane tickets for both of us!

ACCOMMODATION - WHERE TO STAY

The hostel location was one of the most important factors for us, because Rio is very big and we wanted to stay in a neighborhood near to the festival. In my opinion we had three options: Barra da Tijuca, Jacarepaguá or Recreio dos Bandeirantes.

If the plane ticket we bought on the last minute is any indication, you can imagine that we did the same with the hostel booking. And since Rock in Rio is a big event for the city, guess what? MOST of the places were booked already. The ones that weren't were VERY expensive. After looking and looking and looking we found a good option: Pousada Barra Sol, located at Barra da Tijuca.

I have to tell you that accommodations in Rio are very expensive. We stayed in a shared room with 8 people, we shared the bathroom with many rooms and we paid R$ 150,00 per night per person! In total R$ 900,00 for both of us! At least the breakfast was included.

The pros of this hostel were that the people were nice, the breakfast was good and it was in a very good location, with a small mall just across the street and a market a few blocks away.

The cons were the system of the hostel and the cleaning. What I mean by system is the way they allow people in and out. This hostel looks like a house and the reception is in the back. When we arrived there the gate was locked, we ringed the bell and nobody would come to welcome us. It was already night and we were scared, of course. We just got inside because some guest was leaving and let us in. This wasn't a good first impression. Regarding the cleaning, it wasn't dirty and disgusting, but it also wasn't very clean. The bathrooms although shared among MANY people weren't cleaned everyday, as I think it should be.

Despite all this, if I have to go to Rio again and can't find a cheaper and better place, I would stay in this hostel again because of the price! Hahahaha!

I have to be honest and say that I was afraid to go to Rio de Janeiro. On TV the city looks VERY dangerous, but I didn't have any problems. Of course I was more careful than ever with my belongings and I traveled there without jewelry.

I normally use Moovit app to find bus or subway routes on the cities I visit, but in Rio this app was useless. Every time I tried it didn't work. So, I used the Google Maps routes, it was better, but the buses weren't on time and some of the buses it indicated never arrived!

Moving around in the city with the subway was easier, but there were few subway lines, so to go to many attractions it was necessary to go by bus.

We also used a lot of ride apps. When we arrived in Rio through Galeão airport the bus ticket to go downtown cost R$ 18,00 per person! Using a ride app we paid R$ 22,21 for both of us. My advice here is always check all the ride apps and the bus prices before choosing.

In total to stay 4 days in Rio de Janeiro we spend approximately R$ 3475,00 including all the costs with accommodation, airplane tickets, transport inside the city, attractions and food for two people! But not including the ticket to Rock in Rio which was R$ 601,00 for both of us. I told you, Rio de Janeiro is expensive and we ate a lot in restaurants. Normally when we travel we make sandwiches to carry with us, but this time we didn't.

I will post all the itinerary of the trip and tips to go to Rock in Rio later.

But now tell me on the comments! Do you like to plan all the details of your trips? If yes, I accept some tips! 😉