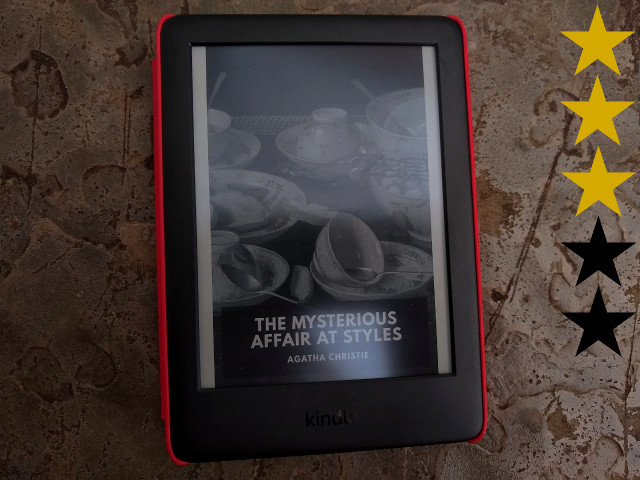 Styles was one of that big common properties in the early 19's in England. A big family used to live there under the command of Mrs. Inglethorp. Mr. Hastings, a guest who was staying in the property when the affair happened, is the one who tells the story.

This is Agatha Christie, so you can imagine that the affair was a murder. In this case, Mrs. Inglethorp murder by poisoning. Everyone who lives in the house seems guilty. Her two stepsons, her 20-years-younger husband, her stepdaughter-in-law, her pupil Cynthia (a girl she brought in after the death of her parents) and all the servants.

It is nice to follow Poirot chasing and uncovering evidence. Each chapter I was convinced that the murderer was someone, but then new evidence came up and the guilty person was someone else. Poirot is very mysterious, never tells all he knows and the way he tells the facts made me doubt the wrong people.

It is a good book, but I found it slow and not very exciting. This is the second Agatha Christie's book I have read. The first one was And then there were none, it is a thousand times better. But I am still excited to read other of Poirot's novels.

Do you have an Agatha Christie's book to recommend to me? Leave the name in the comments, please!
Labels: Books Review