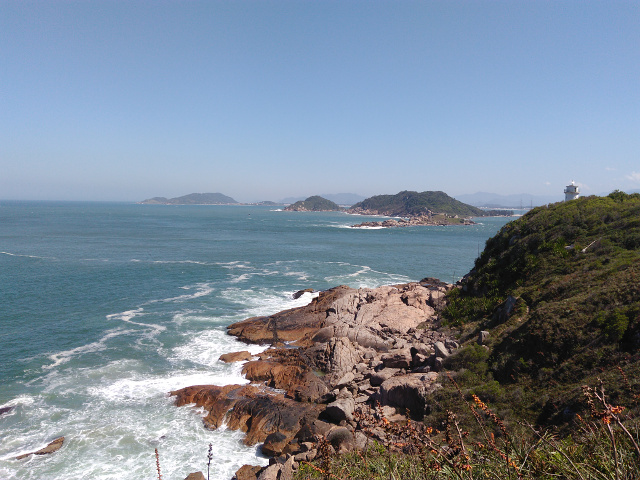 I've never hiked as much as in 2018. Maybe it's a matter of opportunity. Well, here in Florianópolis there are many hiking options in different parts of the island. This time we went hiking in South of the island. And to arrive there the journey is very looong.

HOW TO GET THERE 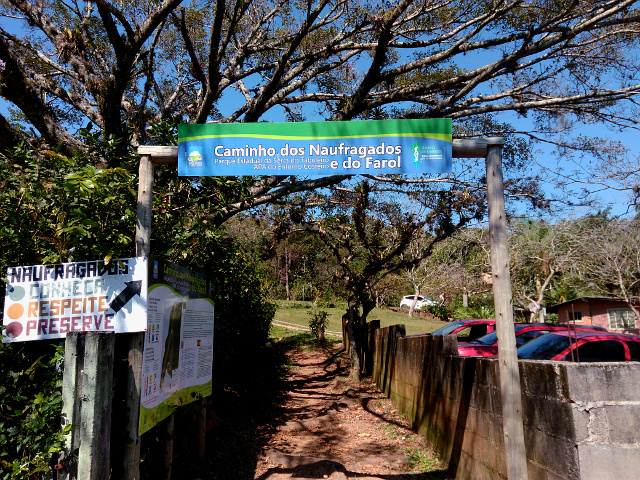 We went by bus and it took around 2 and a half hours to arrive there. There is a bus stop pretty near the beginning of the trail, the bus number 561 is the one that stops there. It leaves from TIRIO (bus terminal) and only this ride takes 71 minutes. So what you have to do is to arrive in TIRIO to take this bus. For example, from the city center terminal (TICEN) leaves the bus number 430, its last stop is TIRIO. But I imagine that from the bus terminals of the other regions of the city there are buses going to TIRIO also. I always use Moovit to find my bus routes around here and it works very well.

The bad news is that the bus ride takes longer than the hiking. Sad story. But once in Caieira da Barra Sul, which is where the trail begins, you will see a parking lot. Which is good news in case you are going by car. The entrance of the parking lot indicates the beginning of the trail. There is a big sign with some information like journey time, length and the difficulty level of the trail.

This sign shows two different trails, one that leads you to a beach, Praia dos Naufragados, has a total length of 2300 meters and the estimated journey time is 1 hour. The second trail leads you to a lighthouse, and has a total length of 3300 meters and an estimated journey time of 2 hours. They start at the same point, but than in the middle of the way there is a turn to go to the lighthouse. Well, our goal was to go to Praia dos Naufragados, but I didn't find the other trail.

When we saw this sign we had the idea to go to Praia dos Naufragados and from there to the lighthouse and than come back doing the second trail I mentioned, and still we didn't find it. So we went and returned in the same trail. 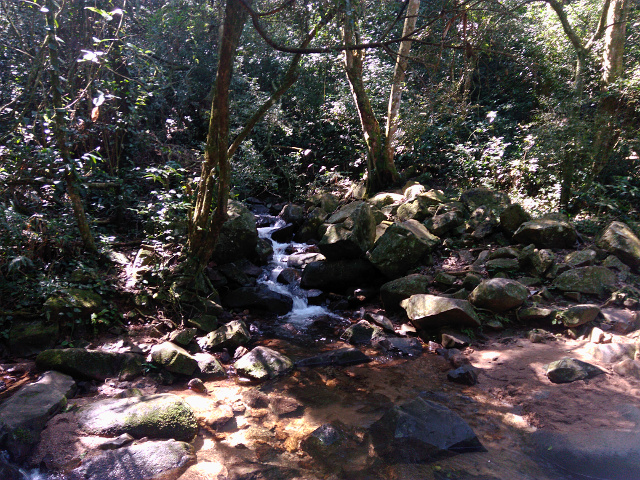 I can say that this is an easy trail, mainly when heading to the beach because we go downhill. It doesn't have any difficult passage. But I have some highlights about it. First, one nice thing you will see are streams (maybe two if I remember it right) with rocks making the path, so you will have to jump from rock to rock to arrive at the other end, but nothing difficult. Second, there is a place in the middle of the trail with a spring where you can refill you bottle with water. Third, we saw a snake, it was on the vegetation pretty near the trail, I was very afraid to pass by it. I know this is nature and it's normal to find wild animals, but it made me afraid anyways. Fourth, the trail is in the middle of the forest, so there are no views of cliffs or the ocean, only trees.

After 1 hour walking, you will reach the beach. The entrance of the beach is not beautiful, because there are some demolished houses. If you are looking at the ocean, on your left there are some snack bars/ restaurants, the day we went there they were open, but we didn't buy anything because we brought our own sandwiches, so I have no idea what they sell and what are the opening hours, try not to depend on them. On your right you will see rocks, run there because it's there you will find a shadow to seat. 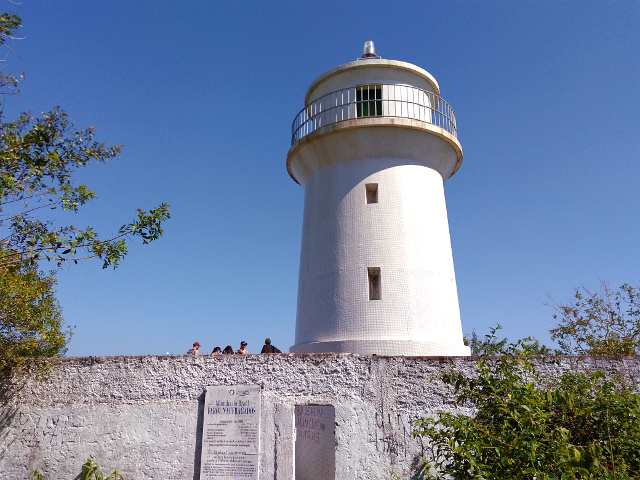 Near these rocks there is the trail that connects the beach to the lighthouse. And there are two starting points of this trail. One in the middle of many rocks and the another one over the rocks that you can reach going by the sea. This second one, in my opinion, is easier, but there are big chances to get wet.

There are few signs indicating the way to the lighthouse and it's easy to get lost, because there are some trails that lead nowhere. We went in two of them and just wasted time. But there is another trail from the lighthouse that leads you to an open space with some old and retired cannons. We found it thanks to a couple that we've met and showed us the way. It's not difficult to get there, but due to the lack of orientation signs and of trails that lead nowhere maybe it'll be difficult for you to find. 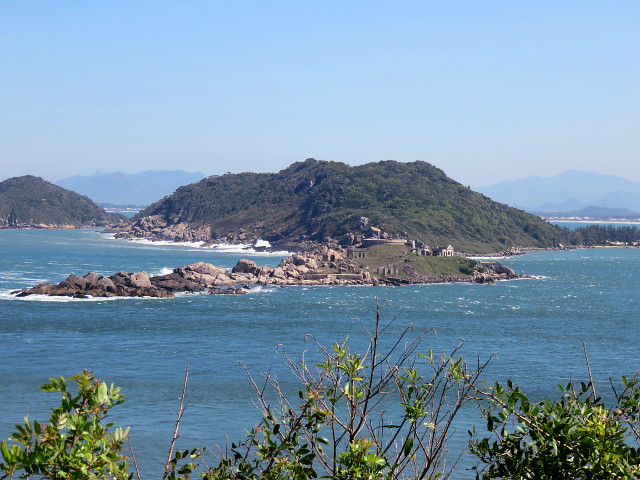 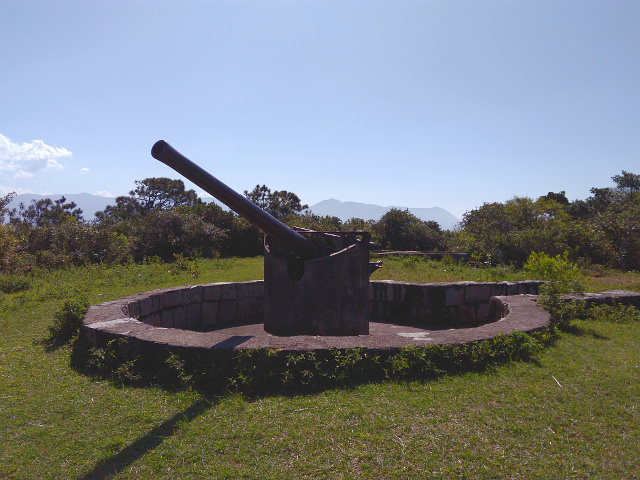