Book Review: The Name of the Wind, the Kingkiller Chronicle: Day One 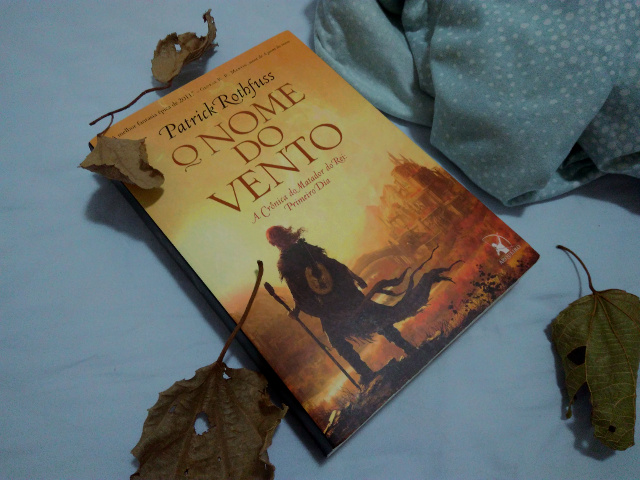 The Name of the Wind, the Kingkiller Chronicle: Day One is the first book of a fantasy trilogy. Innkeeper Kvothe—the main character—tells his own life story to a scribe. And why a scribe would be interested in an innkeeper story? Because Kvothe had a memorable life and there are rumors he's killed a king.

This is one of those stories that involves you, but it is too long. I like details and knowing everything while reading a book, but this book has too much unnecessary information. I started very excited, because in the beginning there are some facts that kinda allow you to understand where the story is heading and also at the beginning there are many events that make you want to read more and more to know what is going to happen. But halfway through the book the story goes very slowly. I stopped reading this book for a while. It took me a long time finish it.

I liked the idea of the story. After all this is not a story in our world the way we know it. It is different, it has "magic", other languages and this always fascinate me. I would like to read the second—The Wise Man's Fear—and the third—The Doors of Stone (not yet published) because I imagine book 1 is one third of the story. Since Kvothe has an agreement with the scribe to tell his story in 3 days. And, as the name says, book 1 is day 1.

OK, if you are interested to know more of what the story is about just keep reading...

Kvothe begins his story when he was a child. By that time he lived with his mother and father on the road, after all, his family was part of a troupe, they were traveling performers. Kvothe participated in some of the plays and helped with what he could in the daily tasks. One day, a man who had studied at the University became a member of their troupe. His name was Abenthy and he was an Arcanist (what you become after going to the University). While Abenthy was with the troupe he taught Kvothe science and sympathy. Kvothe was a fast learner and Abenthy told him that he had great chances to go to the University when he became older.

Sympathy is like an art to connect elements. For instance, you can light up a fireplace with a candle without them touching. They just have to be connected somehow and then you would be able to transfer the heat from the candle to the fireplace. And one of the most advanced sympathies was to call the name of the wind, by doing this the wind would obey you.

This University dream never left Kvothe even when Abenthy left the troupe. But one day his troupe was camping and all its members including Kvothe's parents were killed. Kvothe was in the woods and when he returned he saw all the mess and the killers finishing the job. By that time Kvothe was 12 years old and without the troupe he was completely lost. So he stayed in the woods for many days until he decided to go to a city called Tarbean.

Then, Kvothe lived as a homeless child for some years. When he was old enough to try to get in the University he traveled there.

Well, Kvothe passed the test and got in the University. At this point his main goal was to research everything about the Chandrian (who he discovered was responsible for his family death). But things in his life were not that easy, at the University he made great friends, but also enemies. His research was not going very well. But Kvothe was very smart and was getting to upper levels faster than the normal students.

He was in a hurry, because studying at the University cost money and he had no family and no money. So he got some jobs and made loans. When everything seemed to be going well, something bad would happen, but he always managed to recover.