The Firsties: The First Time I Traveled by Plane 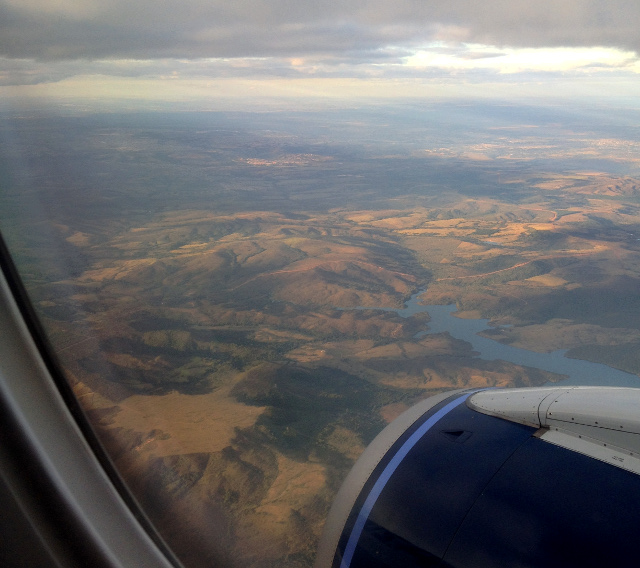 This is the first post of this new series I'm starting at the blog, called The Firsties. In The Firsties posts I'm going to tell stories about the first time I did something.

So, I decided to start telling you about the first time I traveled by plane, because I was old enough to remember all the details. Ok, the year was 2014 and the final destination was Brasília, the capital city of Brazil. That was the first and only time I visited the capital.

The reason why I had to go there was a visa permit. So, in 2014 me and my boyfriend were accepted to be exchange students in Finland for one year. YAAAY. Then, to get the visa permit we had to go to the Embassy of Finland in Brazil, which is in Brasília.

We were leaving from Londrina - PR and there were no direct flights to Brasília. Therefore, our plans were to go to São Paulo by bus, because it was cheaper, and then take a plane from São Paulo to Brasília.

We bought all the tickets and scheduled the interview at the Embassy. A few days later the day of this trip arrived and we went to Londrina bus station at night. We entered the bus and some minutes later other people arrived saying that we were in their seats. WHAAAT? We thought it was very weird and went check. Guess what? We had actually bought the bus ticket for the next night. OMG! We were desperate and asked if there was no places left in this bus or in the next one leaving that night. And there wasn't.

We went back home, with our parents crucifying us, saying that we should pay more attention and how we were going to live abroad making mistakes like this. You know how parents are. But we were still desperate and didn't know what to do. We were afraid to cancel the plane and the interview, mainly because we would have to pay to reschedule.

Fernando's dad used his credit card points and bought a plane ticket from Londrina to São Paulo for us in the next morning. It's funny that my first plane travel wasn't the one I was expecting. Hahahaha. I'm glad to tell that everything went just fine with our trip after that and I wasn't afraid to flight. Actually I got excited when a period of turbulence happened.

We arrived pretty early in São Paulo and waited at the airport for our next flight that was going to be by the end of the afternoon. We were lucky because Guarulhos airport is big and seems like mall, so for a few hours we just walked around.

While we were travelling to Brasília, in our second flight, that World cup game that Brazil lost to German of 7 to 1 was happening. Everybody on board was mad with the soccer players. Hahahaha.

The airport in Brasília is not near the town, so by the time we arrived at the hostel we booked it was already dark. The taxi driver couldn't find the place very easily. And when we found it no one was answering the door. Hahahaha. Another desperate moment. The place looked like a normal house and we could listen people inside screaming (about the soccer game), but no one was hearing us calling and ringing the bell.

We stayed loong minutes there until someone came to open the gate for us. Looking around that neighborhood we noticed that there was only houses and no places to eat. We talked to the hostel owner and he recommended us to order some delivery. We ordered a burger, ate and slept.

Our interview was next morning. We called a cab to drive us to the Embassy. And everything went along the script. Hahahaha. After that we were able to see a few touristic places of the city thanks to Fernando's cousin's aunt (confusing) that drove us to some places before going to work. Then, she left us at a mall and we stayed there until our flight time.