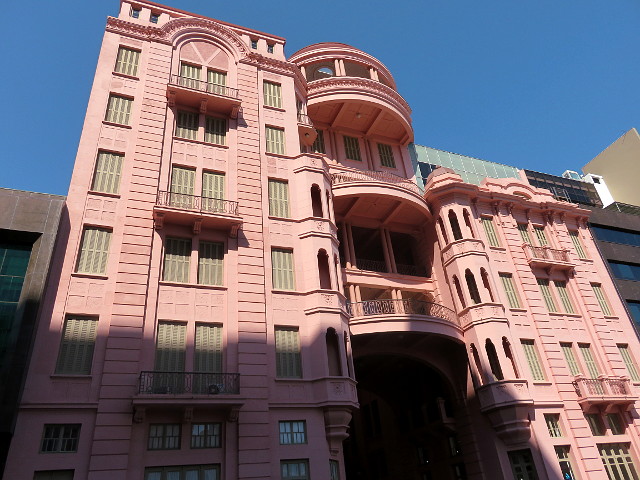 Casa de Cultura Mario Quintana is this pink spot in Porto Alegre historical center. It is a cultural center in honor of Mario Quintana, a famous Brazilian poet. Back in the days, this building was a hotel, the Hotel Majestic, where Mario lived several years of his life until he was evicted for not paying rent because he was having financial problems.

In the 80's, the building was designated a cultural heritage and some time later it was transformed in to a cultural center with Mario's name. When all of this happened Mario was still alive and living in an apartment in Porto Alegre, he died in 1994. 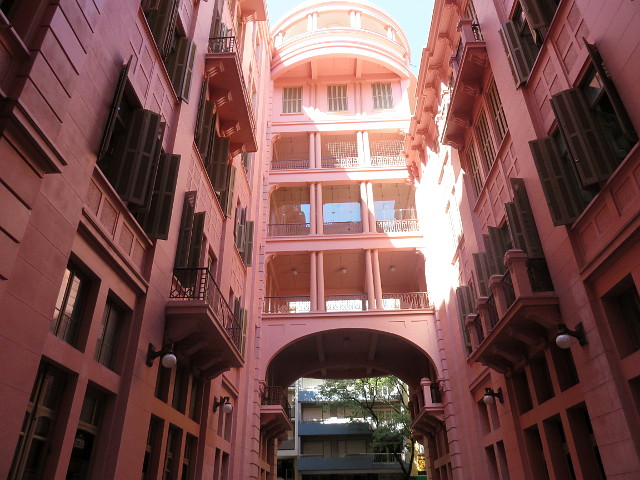 I particularly found this place amazing, one of those places you want to tell everyone to visit. It has 7 floors and as advised by the receptionist we started from the last one. On this floor you will find an small art exhibition and a restaurant/cafe. This restaurant serves lunch, dinner and stays opened during the afternoon serving finger foods, desserts and beverages. From there you can have a beautiful view of the city and its river. Besides the view, the food there is awesome, we had dinner there one night and it was delicious, I ordered a pork dish with french fries and it cost R$ 31,00 (US$ 8.23). 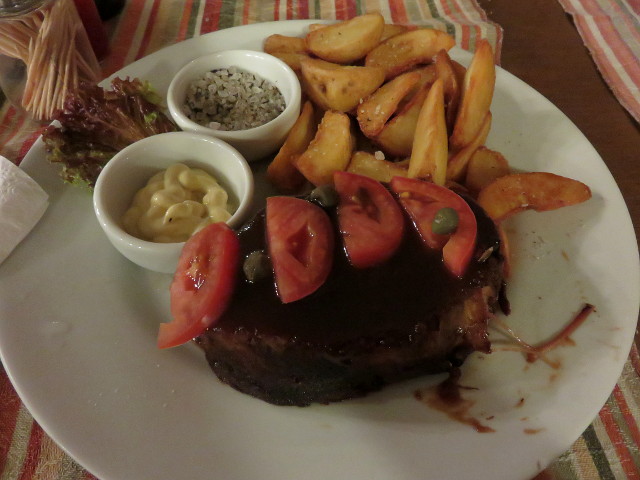 Ok. So when you start to go down to the other floors you will find many art exhibitions, but each one different from one another. Each one having their own meaning and importance. The one that touched me the most was some pictures on the floor showing the reality of Porto Alegre, as you may see in my future posts or pictures on Instagram and Facebook there are many amazing buildings in the city, like this one, but mainly in the city center you will also see many homeless people sleeping on the streets and asking for money. It is very sad and those photos show exactly this other side, the sadness and suffering.

Well, inside the building you will also find places to sit and relax for a while and even some tables with power outlets where I found some people studying(?).

My favorite part of the hotel was the garden. A simple and small but with some outstanding features. The day we went there was very hot and specially at the garden because of the sun, so it wasn't a comfortable place to rest and we stayed there less than I would like. It is a place that deserves some appreciation. 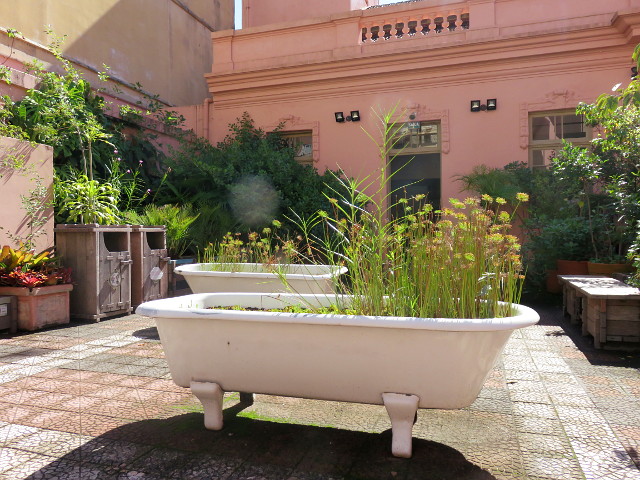 The building also houses libraries. But we went there on a Sunday and all of them were closed. There is also a reconstruction of Mario's bedroom which takes you back in time.

One important thing to mention is that you don't have to pay for admission.